The day I got married, one of my closest friends looked me in the eye and said "God has many wild and wonderful things ahead for you and Jeremy."

Being called mom by 7 kids is definitely wild. Each day I look for the wonder in it all...and give thanks.

Partnering with my husband in life, parenting, work and serving is definitely wonderful. He is my favorite.

Ready or not, here we go!

Here we are again, about to take the second to college, and it is NO EXAGGERATION to confess that I did not prepare for this launch.  Not this soon.  Not with this girl. 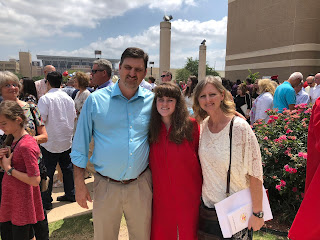 Emily is my firstborn.  However, when we adopted our kids from Colombia, Emily became the 2nd oldest.  I did not realize how much that would impact her.  I was sensitive to birth order and we discussed it with friends, family and our social worker before we adopted.  But I thought it would be okay because I already knew that Emily would not be the first to date, first to drive, nor the first to leave the nest.  What I didn’t fully prepare for was Emily’s own realization and grief with not being the first.

When we got Emily’s diagnosis of Pervasive Development Disorder—Not Otherwise Specified (PDD-NOS) at age 7 (a diagnosis that now just falls under the Autism Spectrum Disorder), there was much about her future that became uncertain.  We grieved over future losses—would she ever really be able to learn as her peers, would she have meaningful friendships, would she go to college, get married, have children?

Our own future plans of being empty-nesters by age 50 were interrupted with this diagnosis. (By the way, I AM SO GLAD THAT PLAN WAS INTERRUPTED!!!)  BUT having a diagnosis helped us know how to help Emily.  We found resources and awesome teachers AND we accepted the idea of Emily living with us the rest of our lives if needed. 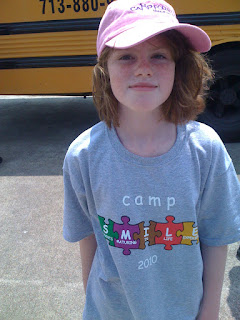 You know what I didn’t know when she was 7?  I didn’t know she would become one of the most courageous, strong, and perceptive among our family. 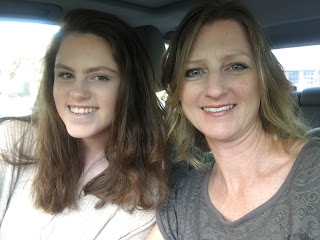 What does courage and strength look like in Emily?  Courage looks like walking into an uncomfortable situation every.single.day when all you want to do is isolate in your safe room.

Strength looks like walking out the door again and again when you know you could say the “wrong” thing and get those looks from people around you that make you feel stupid.  You have no immediate escape so you stay and endure, and walk out the door again the next day.

Walking out the door again the next day.
That's strength.

One common characteristic of Autism that can present itself is not reading people’s facial expressions and understanding their feelings, and not being able to adequately communicate your own feelings.  Not true for Emily.  When we have a conversation, I observe how keenly aware she is of my response and facial expression after every thing she says.  She glances at her audience whether it’s just one, two or three people in the room to read what their response is and if what she just said will gain approval…acceptance….or not.

It’s a beautiful yet difficult gift to have.

It’s difficult when what you say makes you feel unaccepted.  Yet it’s beautiful when it allows you the gift to recognize people’s hurts and show them empathy and compassion.  Emily’s perceptiveness goes beyond reading facial expressions.  She has an ability to describe people’s true intentions and motivation that has been remarkably accurate.

These qualities about Emily—courage, strength, perceptiveness—comfort me a little as we…guess what…..drop her off at college!
Tomorrow!  We are taking Emily to Texas A&M and moving her into a dorm on campus where she will be for the next 4 weeks.  If she successfully completes the 4 weeks, Emily will be eligible to complete the next 2 semesters at A&M as a student in the PATHS Program.  The 2 semesters consist of course work and an internship that will give her the opportunity to complete a certification as a Paraprofessional.

Tomorrow is a new beginning for Emily that we never expected to happen.  I can trust God with her because she is His anyway.  And how He got her to this point is nothing short of amazing.  Telling that part of the story will be a delight and comfort to me as I let her go and need to be reminded that He has got this. 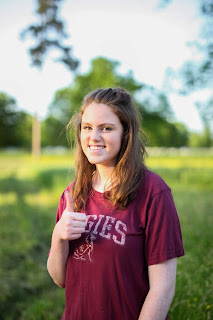 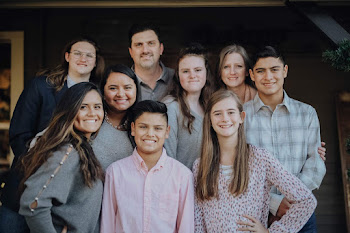 My favorite guy and I 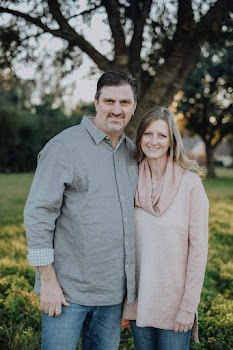